Sardinia’s capital Cagliari has much to see including its archaeological museum, cathedral of Santa Maria (Duomo), old hilltop citadel Castello with its narrow streets and medieval towers, Torre di San Pancrazio and Torre dell’Elefante, and also a Roman amphitheatre. It is also a major cultural centre with its own opera house. Large flocks of flamingos can often be seen on marshy land to the east at Spiaggia di Poetto.

20 km north of Cagliari is San Sperate famous for its wall murals, over 300, painted by well known and local artists and depicting historical and cultural themes View more examples of these wonderful murals here.

Nora was founded during the 8th and 9th century BC, and has the remains of Punic and Phoenician sanctuaries, a magnificent Roman villa, amphitheatre and stately forum, as well as good beaches.
Santa Margherita di Pula is the coastal area where you find some of Sardinia’s most luxurious holiday resort villages surrounded by eucalyptus and pine groves. A little further south is Baia Chia (known as the Pearl of the South) with a wonderful coastline an even more beautiful beaches to explore. 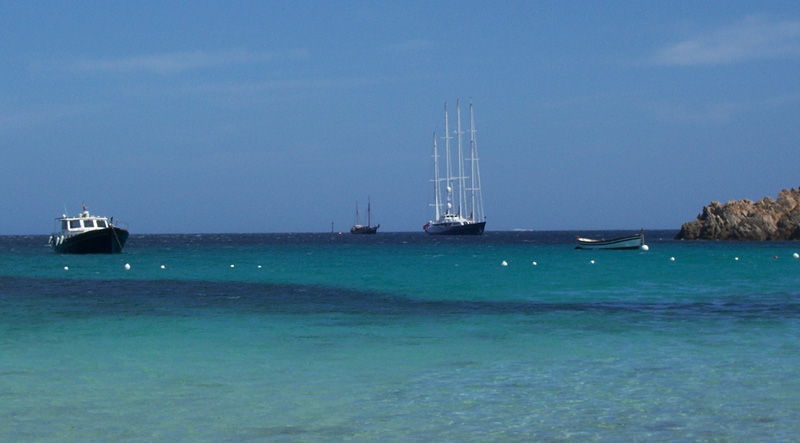 Near Castiadas, about 45 km east of Cagliari, is Foreste Sette Fratelli (the forest of seven brothers) with 6,190 hectacres of holm oaks, cork oaks, heather, myrtle bushes and with a little luck, a beautiful Sardinian deer. It is an ideal place for off-road excursions. On the south east tip of Sardinia is the town of Villasimius with the undeveloped Costa Rei stretching north above it.